Get fresh music recommendations delivered to your inbox every Friday.

from Seven Succulents by KiloWatts 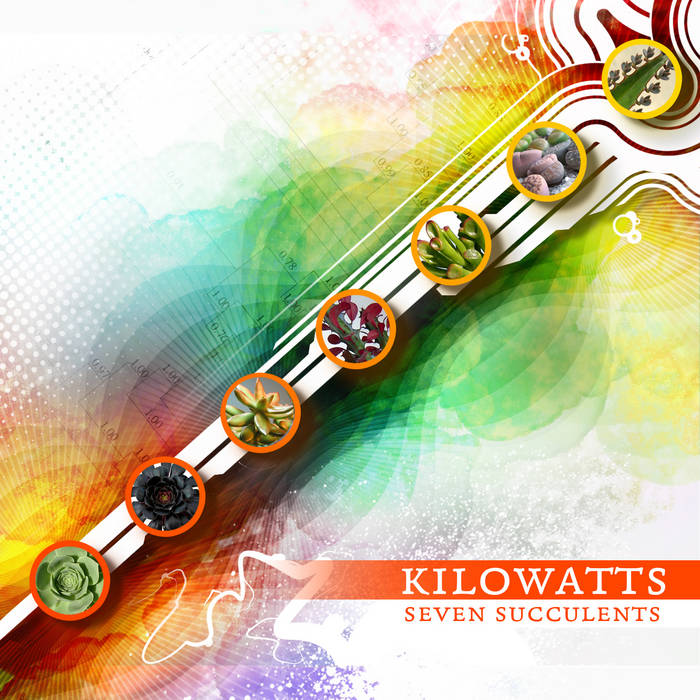 Zwartkop! Also known as Black Rose, or Aeonium Arboreum. Dark wonder of the night, she grows in winter and is dormant in the summer. To me, the black rose is forlorn, broken-hearted, as heard by the weeping, brooding piano line.

This song turned out to be quite heavy. The "We're Home Family Drum Brigade" consists of nine of my close friends having a manic drum jam in my living room one night. I should've gotten a photo, cause we were hilariously crammed together like sardines around two microphones. Even more fun was directing the crew to do some gutteral vocal war-screams. Nothing brings people together like a good primal scream. Timmayo Sheehan came by later with his flute, and laid down a sweet line - exactly what the song wanted.

It went through a few drafts before it was done. It just kept getting bigger, with more instruments and sections, and that becomes a lot to juggle real fast - in danger of losing the point. My best method for these cases is to just stop working to it, and be delicately discriminate about how I think about it. I put it aside for at least a couple months before going back in.

Whether expressing the warmth of the heart through lush chords and melodies, or engaging extraterrestrial aliens through twisted granular tractor-beams, Jamie Watts is committed to sharing music with the world, and beyond.